Prime Buchholz in The Union Leader – “NH Drives to Diversify”

Prime Buchholz, which employs about 100 in New Hampshire, was a founding member of the Diversity Workforce Coalition, which was formed to promote diversity and inclusion in the workplace through training, education and networking. 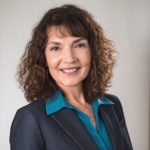 Valentina Dingle, Principal and Director of Diversity and Engagement

“We found more and more of our clients were asking about it. Most of our clients are nonprofits,” said Valentina Dingle, a principal and director of diversity and engagement. “They have missions, and diversity has become increasingly important to them and their mission.”

More clients are asking how they can introduce diversity, equity and inclusion into their investment portfolios, Dingle said.

Women and underrepresented groups make up more than 40% of its employee base.

More on our Diversity Efforts